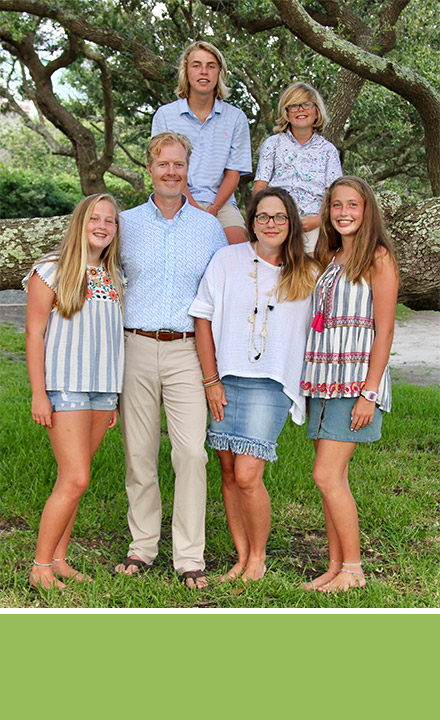 Dr. M. Craig Williams, DDS, was born in Raleigh, NC, and lived there until he graduated from Ravenscroft High School.

In high school, he played varsity football, basketball and baseball. He attended the University of North Carolina at Chapel Hill where he earned his bachelor of science in business administration. During his four years in Chapel Hill, he enjoyed attending Carolina basketball games at the Smith Center and was lucky enough to travel to Indianapolis for the 1997 Final Four.

After his undergraduate studies, Dr. Williams attended the West Virginia University School of Dentistry, where he learned about sound clinical dentistry and patient care. While in Morgantown, Dr. Craig Williams learned the meaning of being a mountaineer football fan as he lived a stone’s throw from the stadium. He even managed to pick up some lunch money by parking cars in his front yard. If you think UNC fans are crazy about basketball, then you ought to see hundreds of RV’s heading to town the night before a home football game in Morgantown. It is quite exciting. Although he enjoyed his time in the beautiful state of West Virginia, Dr. Craig Williams never forgot the sunny weather and warm southern hospitality of North Carolina.

Upon Graduation from WVU, he moved back to Raleigh and began practicing with his father. Dr. Craig Williams’ wife, Melissa, teaches middle school art at Trinity Academy of Raleigh. They have two sons, Brock and Lawson, and twin girls, Emmaline and Adelaide.

"I feel like I'm in good hands. I'm in the process of getting three dental implants. I've had the posts placed with bone grafting and will soon be having the crowns placed. The doctors and technicians all really know their stuff. They're kind, gentle, friendly, and have a lot of experience and professionalism. I highly recommend this practice. "

Dr. William Daily, DDS, and his family are thrilled to have made Raleigh, NC their final hometown! Born in Charleston, SC and having since lived in six states on the east coast, Dr. Daily and his wife, Jessica, believe the mountains, beaches, universities, and friendly people of North Carolina make it the ideal place to raise their children.

Dr. Daily earned his bachelor of science degree at James Madison University in 2004, and went on to graduate with honors from the world’s first dental school, the University of Maryland.

He continued on to the University of Florida, and extended his training at a residency program in general dentistry.

After practicing in Florida, the family was eager to return to the Carolinas to be closer to friends and family. With a passion for continuing education, Dr. Daily has trained at some of the nation’s leading institutions including the Dawson Academy and Pankey Institute. He has focused his training and experience in many complex dental procedures including: dental implant placement, bone grafting, wisdom tooth and surgical extractions, root canals, oral and IV sedation, and full mouth reconstruction. He has since earned fellowships from both the International Congress of Oral Implantology (FICOI), as well as the Academy of General Dentistry (FAGD).

Dr. Daily played soccer, lacrosse, and tennis in high school, where he also met his wife. They have two boys, Connor and Liam, and a daughter named Carys. Outside of the office, he enjoys golf, tennis, and playing drums. He is thrilled to be a part of our beautiful modern office and the contagious energy of the whole team here at Williams, Daily & Frazier Dental!

"My experience yesterday was, as usual, very positive. I was warmly greeted by the staff. Actually I was called back a few minutes before my scheduled appointment time. How important is this! How well I remember waiting a very long time at other doctor/dentist offices to be seen! A great big thank you for a good experience st your office." 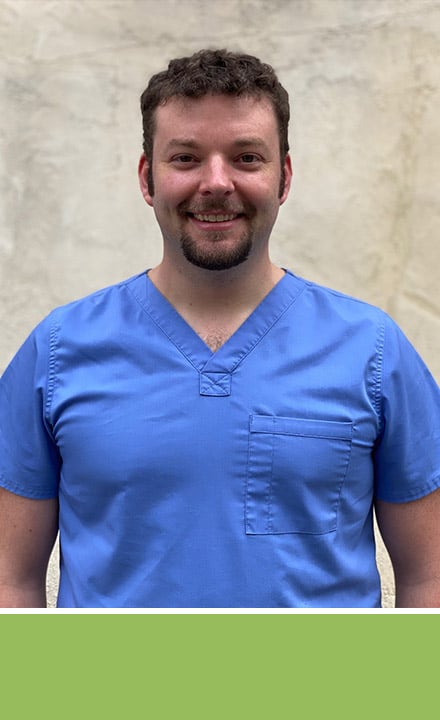 Dr. Frazier was raised in the beautiful mountains of Boone, NC. He chose to move down the mountain to Raleigh and attend NC State University, where he studied Biological Sciences and Philosophy. Having a strong interest in technology, Dr. Frazier worked in software development for a year before returning to school and earning his Doctor of Dental Surgery degree from the UNC School of Dentistry. During his time at UNC, he gained advanced training in Oral Surgery, most notably in complex Oral Surgery and Operating Room procedures. He participated in an externship with the Oral and Maxillofacial Surgery department at UNC for 6 weeks as well as electives in digital dentistry.

He enjoys educating and empowering his patients and believes that when patients are given the power of knowledge, they are able to make the best decisions about their oral health. Dr. Frazier’s father, a general surgeon, dedicated his life to the highest quality and most ethical patient care – a legacy Dr. Frazier strives to continue every day.

Dr. Frazier also enjoys teaching and is an appointed Adjunct Faculty member with the Operative Dentistry Department of the UNC School of Dentistry and routinely helps 3rd and 4th-year students grow in their dental experience and clinical skills. He also returns to UNC to enjoy the thrill and excitement of UNC basketball!

He enjoys many hobbies, among them are photography, technology, travel, genealogy, music, cooking, and most recently, gardening. 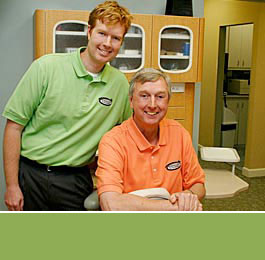 Dr. Michael D. Williams, DDS, a native of Huntington, WV, and a huge fan of the Marshall University Thundering Herd Football team. He attended Marshall University and went on to West Virginia University Dental School after only three years of undergraduate studies. In dental school, Dr. Williams excelled in clinical studies of dentistry.

During his fourth year of dental school, he and his new bride, Connie, took a trip down the east coast to find a place to settle, have a family and start a dental practice. They settled on Raleigh, North Carolina and called it home ever since. Although his ties to West Virginia remained strong, Dr. Williams considered himself a North Carolinian and even allowed his kids to attend the University of North Carolina.

Dr. Williams truly enjoyed cosmetic, rehabilitative and preventive dentistry. He built his practice on the concept of providing the very best treatment in a caring and gentle environment. He found the relationship of oral health and its effects on the total body health very interesting.